The hazardous world of Ex Marking 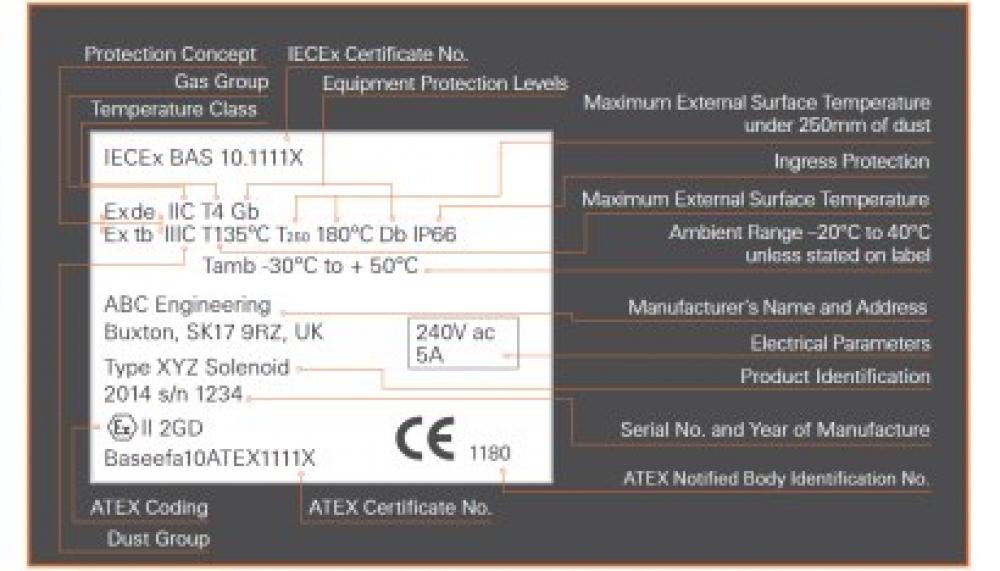 The discussions at the recent IEC TC31 standards meetings in Sydney, Australia were no exception, and I will return to this later. But first, we need an historical perspective.
In the beginning there was only the need to confirm that a piece of equipment was intended to be installed in a hazardous area.  It was pretty obvious if it was either flameproof or intrinsically safe, and everybody knew the difference.

Then we started to divide our hazardous areas according to how severe we thought the hazard might be: originally into Divisions (still maintained in the USA) and then Zones, with Zone 0 indicating the greatest risk and Zone 2 the least risk.  Flameproof protection was originally IEC 60079, but as it was later decided to put all the forms of protection in the same series, flameproof became IEC 60079-1, with the other concepts and ideas forming subsequent part numbers, until we are now talking about introducing IEC 60079-40 With each new type of protection, a letter “code” was allocated, so that people operating on a plant would be able to tell the type of protection and be able to inspect and maintain accordingly.

This letter code was used to determine the suitability of a particular item of equipment for installation in a given zone.  Simple – or at least, it was at first.

Now we have single standards covering individual types of protection, but for various levels of protection, so the letter “m” for encapsulation, for example, is always followed by a second letter indicating the level of protection, giving us “ma”, “mb” or “mc”.

Equipment now is more commonly protected by more than one form of protection.  For example a typical fluorescent luminaire may have the lamps and terminals protected by increased safety “e” with the ballast encapsulated “m” or powder filled “q”, while the isolating switch is flameproof “d”.
For a long time, there was an argument whether the first letter should represent the type of protection applied to the wiring terminals, or should represent the protection applied to the largest part of the equipment.  Eventually, the decision was taken that the letters would be listed in alphabetical order so that no one would be able to read the wrong significance into that order.

It was also agreed that the equipment would be marked with the Equipment Protection Level (EPL) a single, short form two-letter designator that explicitly indicated the overall level of protection and, therefore, the Zone for which it was most suitable.  The current published edition of IEC 60079-0 also requires that marking for hazardous gas or vapour atmospheres and marking for hazardous dust atmospheres should not be combined.  This is to indicate two separate possible uses of the equipment, and not that the equipment is suitable for use in a hybrid mixture of gas and dust.

The marking from EN 13463-1 could not be used at the international level, since it was intertwined with the legal marking of the ATEX Directive.  Although used as shorthand within the standards, the letters “c” constructional safety, “b” control of ignition sources and “k” liquid immersed, do not appear as part of the marking.

I do not subscribe to that view, but consider that there should be just one line of code, with the letter “h” taking its alphabetical place in the marking string.  That way, there will just be one EPL, one Group and one Temperature Class marked, putting the potential use of the equipment beyond doubt.