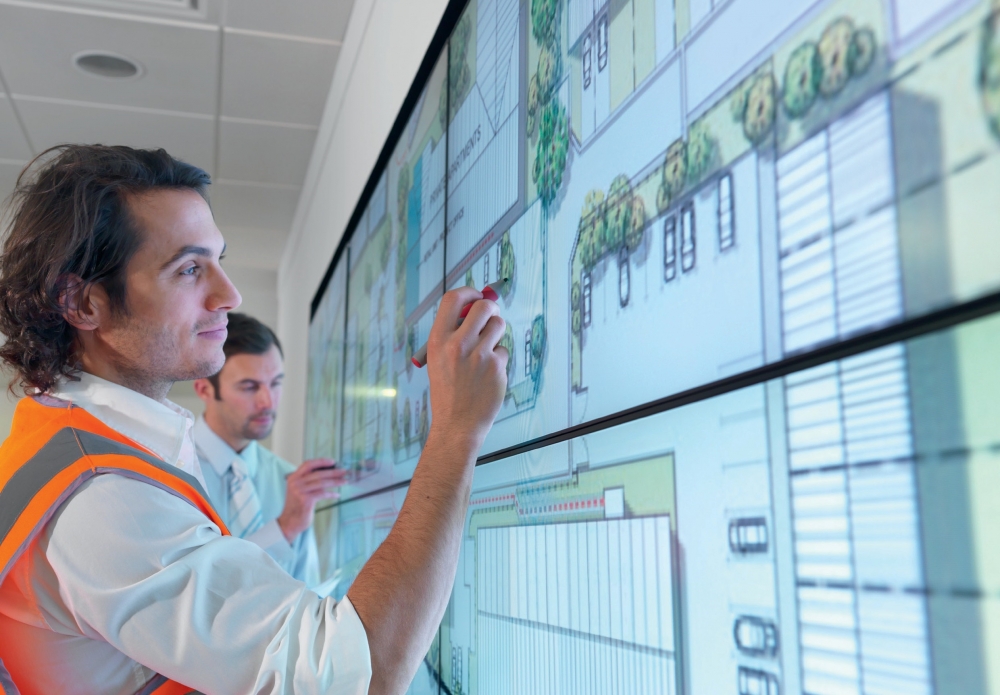 As Ex areas are not equally hazardous, equipment is subject to different requirements. Techical principles chapter provides more information about zone classification, equipment categories, the equipment protection level (EPL), different equipment groups, ignition temperature and temperature classes. You can find out about the various protection types and familiarise yourself with marking principles.

Hazardous areas are classified into zones to facilitate the selec- tion of appropriate electrical apparatus as well as the design of suitable electrical installations. Zone classification reflects the likelihood of the occurrence of an explosive atmosphere (see Table 7). Information and stipulations on zone classification can be found in IEC 60079-10-1 for gas explosion hazardous areas or in IEC 60079-10-2 for areas with combustible dust. There are also industry codes and national standards providing guidance or examples for area classification (see Annex K of IEC 60079-10-1).The maximum risk potential has to be taken into account when classifying the hazardous areas into zones and determining the necessary protective measures. If there is no expert available in the company to assess the risk of explosion and determine the necessary measures, the advice of a competent authority should be sought. The equipment used in the defined hazardous zone must meet the requirements of the respectively assigned equipment category or equipment protection level. An overview of the zone classification and assignment of equipment according to their category is illustrated in Table 8.

Three categories are envisaged for equipment in hazardous areas – with the exception of firedamp-endangered mining works:

Category 1: Equipment in this category is characterised by a very high degree of safety. Even in the rare event of equipment faults they must be safe and thus afford explosion protection

Category 2: Equipment and systems offer a high degree of safety.

The device explosion protection measures in this category are ensured in the case of frequent equipment faults or fault conditions (which can be typically expected).

Category 3: Equipment in this category affords the necessary degree of safety in normal operation.

The additional letter G or D indicates the use of the equipment in gas explosion hazardous areas (G) or areas with combustible dust (D).

Category M1: Equipment in this category is characterised by a very high degree of safety. Even in the rare case of equipment faults they must be able to continue operating in the existing explosive atmosphere and thus display explosion protection measures so that:

Category M2: Category M2 equipment and systems offer a high degree of safety. Upon the occurrence of an explosive atmos- phere it must be possible to switch off the equipment. The device explosion protection measures in this category afford the necessary degree of safety in normal operation – even in adverse operating conditions and in particular when exposed to rough handling and fluctuating environmental   influences.

Pursuant to IEC 60079-0 equipment for hazardous areas is classified into three protection levels.

EPL Ga or Da: Equipment with a very high protection level for use in hazardous areas. In normal operation this equipment represents no risk of ignition in the event of predictable or rare faults/malfunctions.

The letters G and D denote whether the equipment and systems are suitable for gas explosion hazardous areas (G) or areas with combustible dust (D). Two protection levels are defined for firedamp-endangered mining works.

EPL Ma: Equipment with a very high protection level that affords the necessary degree of safety. The equipment represents no risk of ignition in normal operation or in the event of predictable or rare faults/malfunctions – even if it is still in operation during a gas leak.

EPL Mb: Equipment with a high protection level that affords the necessary degree of safety. The equipment represents no risk of ignition in normal operation in the period between the occurrence of the gas leak and switching off the equipment.

Table 8 illustrates the application range for equipment in a spe- cific category or with a specific protection level in the respective danger zones.

The explosion-protected equipment is classified into two groups.

Equipment intended for use in underground mining works and surface mining works that may be exposed to the hazard of firedamp and/or combustible dust.

Equipment intended for use in other areas that may be exposed to an explosive atmosphere.

Electrical equipment for mining works in which in addition to firedamp, gases other than methane may occur, must adhere not only to Group I provisions, but also to the relevant provisions of Group II. Group II equipment is further classified according to application area into equipment for areas exposed to gases, vapours and mist and equipment exposed to dust.

Electrical equipment in Group II (gas) is classified according to the characteristics of the explosive atmosphere (for which it is intended) into Groups IIA, IIB and IIC (Table 9). This assign- ment concerns the flameproof enclosure and intrinsic safety protection types. In the case of flameproof enclosures, it is based on the maximum experimental safe gap (MESG), which is a measure for the discharge behaviour of a hot flame through a narrow gap. The minimum ignition current (MIC) – a variable for the minimum ignition energy of emergent gases and vapours – is definitive for intrinsic safety. Equipment in dust explosion hazardous areas (Group III) is classified according to dust type into Group IIIA (combustible lint), IIIB (non-conductive dust) and IIIC (conductive dust). The latter two groups differ by specific electrical resistance, which for dusts in Group IIIC lies at a value less than or equal to 10³ Ùm.

The ignition temperature of an explosive gas atmosphere or dust cloud is the lowest temperature of a heated surface at which a mixture of air and combustible substances in the form of gas, vapour or dust may ignite in the specified conditions. Figure 4: Establishment of the max. surface temperature for dust layers of 5 mm to 50 mm The intrinsic safety protection type is based on the principle of current and voltage limiting in an electric circuit. The electric circuit energy (which may be capable of causing an explosive atmosphere) is limited to the extent that neither sparks nor impermissible surface heating of electrical components can take place in the surrounding explosive atmosphere. This protection type is particularly common in measurement and control technology in which no high currents, voltage and capacities  are required.

An electric circuit in which neither a spark nor the effect of heat can cause a certain explosive atmosphere to ignite.

Electrical equipment in which all circuits are intrinsically safe.

An essential aspect of the protection type “intrinsic safety” is the matter of reliability in respect of observance of voltage and current limit values, even in the event of specific faults.

An important safety measure for intrinsically safe circuits is the safe isolation of all intrinsically safe from all non-intrinsically safe electric circuits. Excepting safety barriers, safe electric isolation is always required. Galvanic separation is generally recommended for Zone 0. Zener diodes for limiting voltage and other semiconductor components are regarded as fallible and must be safeguarded by redundant components. Sheet or wire- wound resistors for current limiting are regarded as infallible (displaying high resistivity in the event of a fault). A single-com- ponent version is sufficient in this case. In the case of Manchester-coded bus-fed systems designed in accordance with IEC 61158-2 (“physical layer standard” for fieldbus installations) several field devices are interconnected on a two-wire line and powered via a fieldbus feed unit. This complex interconnection of several devices would result in considerable restrictions in respect of the number of users and line lengths based on a traditional entity concept. The neces- sary proof of intrinsic safety would be substantial and highly complex. In the mid-1990s PTB therefore developed a simplified concept based on extensive studies and analyses. By applying real parameters more users and more sizeable line lengths are possible, thus greatly simplifying the proving of intrinsic safety. Prerequisite to using this model called FISCO is appropriate certification according to FISCO for all members in a FISCO fieldbus system. FISCO was initially standardised in EN 60079-27, however was transferred into EN 60079-11 in 2008 and EN 60079-25 in 2011. Nowadays end-to-end FISCO fieldbuses are no longer generally installed, as despite simplification only a limited number of users can be connected to a bus. In the more common high power trunk concept the number of users is no longer limited by the use of ex i fieldbus couplers (a sort of fieldbus isolator). However activation of the fieldbus devices and simplified proof of intrinsic safety on these Ex i couplers continues to be performed as per FISCO.

In the USA the principle of energy limiting is addressed variously depending on the application area. Equipment requirements for Class I, Zone 2 correspond most closely to IEC requirements. In- trinsic safety type ic has replaced the energy-limited circuit type nL – as also envisaged in the IEC standards. For Class I, Division 2 energy limiting is implemented in the shape of “non-incendive field wiring (NI)” circuits. The difference between the various methods is illustrated in tables 16 and 17.

Figure 6: Combination of protection types for an emergency luminaire

Non-electrical equipment is frequently designed in the construc- tional safety protection type. The risk of faults that may cause ignition sources on equipment is minimised by constructional measures in this type of protection. Constructional measures can be used for instance to avoid hot surfaces or mechanically generated sparks on moving parts. The measures depend mainly on the equipment type and may vary significantly. In this case, potential material pairing, dimensioning, tolerances and lubri- cants on moving parts play a role. Even maintenance intervals and life cycle monitoring may be of vital importance. The manu- facturer defines the designated use in the operating instruc- tions, also specifying the ambient and operating conditions and permissible operating parameters. The operator must adhere to the specifications in the operating instructions.

Marking of electrical equipment is defined in IEC 60079-0. In addition to the name of the manufacturer or its trademark, the type designation, serial number and inspection authority with certificate number, a special code is required that describes the use of the equipment:

The EPL marking can be dispensed with if the protection types clearly show which explosion protection level they achieve. On some protection types this is already denoted by the existing symbols (e.g. ia). On others, the letter a, b or c must be added: d becomes db.

On associated equipment that may be installed in non-explosive areas, the symbols for the protection type must be specified in square brackets.

In Europe, in addition to marking pursuant to the standard

In Europe, instead of “Ex”, “EEx” used to be used when marking in accordance with the standard, e.g. EEx d e IIC T4. A reference was thus made to the European standards (EN 50014 ff.), which at the time differed from the IEC standards. This is no longer necessary due to the current standard status, so that in Europe new equipment is now only marked “Ex”.

These standards were revised at international level and published in 2016. In Europe they were adopted as standard series EN ISO 80079, so marking is now more similar to that of electrical equipment. Exception: “h” is always specified as the symbol for the protection type. The marking for electrical and non-electrical equipment is summarised in the appendix on p. 52 onwards.

In addition to usual data (manufacturer, type, serial no., elec- trical data), explosion protection data should also be included in the equipment marking. Specifications are provided in NEC, CEC and the relevant construction regulations of the inspection authorities.

Electrical equipment approved for Class I, Class II and Class III, Division 1 and Division 2 should be marked so that the following details are included:

Class I Division 1 Groups C D T4 Equipment specified in the USA for zones pursuant to NEC article 505 or 506, or CEC Section 18, should bear the following marking:

Division equipment may be used in zones and vice-versa. However the rules set out in NEC and CEC must be observed.